QR Code on TV: The Future of TV Advertising 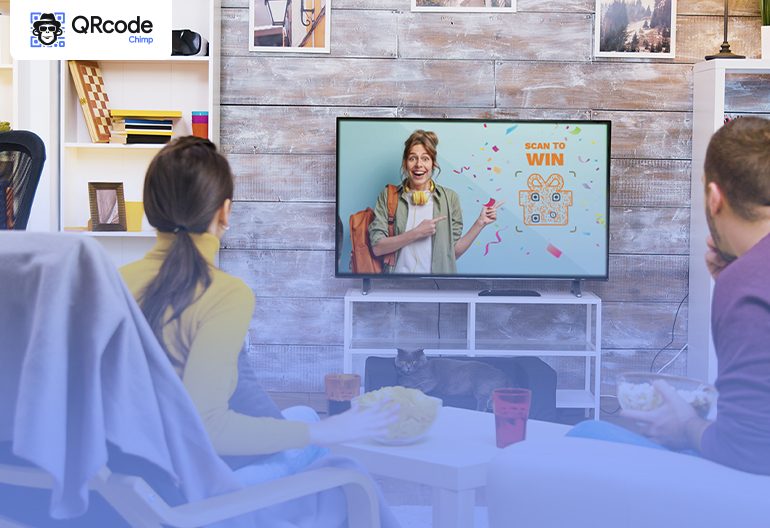 If you’ve heard this, you’re not alone. With the internet and video streaming platforms gaining popularity, assuming that nobody watches TV anymore is only normal.

However, that’s not the case.

Despite the rise of Netflix and other streaming platforms, TV viewership has grown steadily from 5.16 billion global viewers in 2017 to 5.41 billion viewers (68% of the world population) in 2022. This number could reach 5.68 billion by 2026.

Even with the rising popularity of the internet and video streaming platforms, TV remains one of the preferred advertising channels.

But with digital advertising quickly taking over, marketers need to create engaging and immersive ads for TV.

QR codes make it possible. With QR codes, you can add digital capabilities to your TV ads and allow viewers to take instant action. And with QR code platforms like QRCodeChimp, you can easily create a QR code for TV ads.

Here’s all you need to know about using a QR code on TV.

Why use a QR code on TV?

Second-screen usage is the new normal. 84% of US adults use a second screen — smartphone or tablet — while watching TV. This trend makes QR codes for TV an effective strategy, as viewers can seamlessly scan the QR codes appearing on the TV screen.

Let’s look at some benefits of using QR codes on TV.

Hook the viewers with uniqueness

Getting viewers’ attention and piquing their interest are the key goals of any advertising campaign. However, most TV ads nowadays have a set script, comprising a celebrity talking about a problem and then endorsing a product/service. The ad ends with a CTA, which often revolves around visiting a website, downloading an app, or visiting a nearby store.

QR codes add uniqueness to TV ads. When you display a QR code on the TV screen and ask viewers to scan it, they instantly get interested in your offer. This results in more effective advertising and higher brand recall.

Bringing viewers to a website or social media handle is the main objective of most TV ad campaigns. The second screen usage makes it more convenient, as viewers can enter the URL in their browser or search for a brand on social media. But the process is still manual and error-prone.

QR codes expedite this process while also eliminating errors. Viewers can scan the QR code and get redirected to a website, social media handle, or other online destinations. This way, marketers can increase website traffic and social media following. 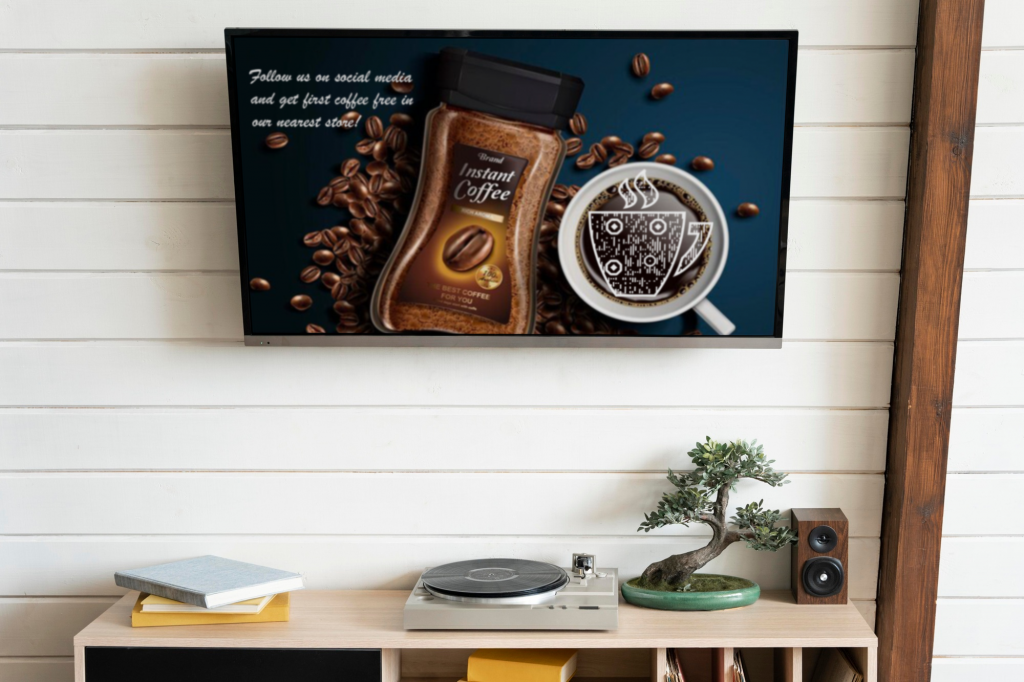 Shoppable TV ads are an emerging trend in the TV media space. ECommerce retailers can leverage QR codes on TV to enable instant shopping in their ads. You can show a QR code in your TV ad and link it to your eCommerce site. Linking the QR code to a product page is another option if you’re promoting a particular product. Viewers can scan the QR code to visit the product page and buy the product. 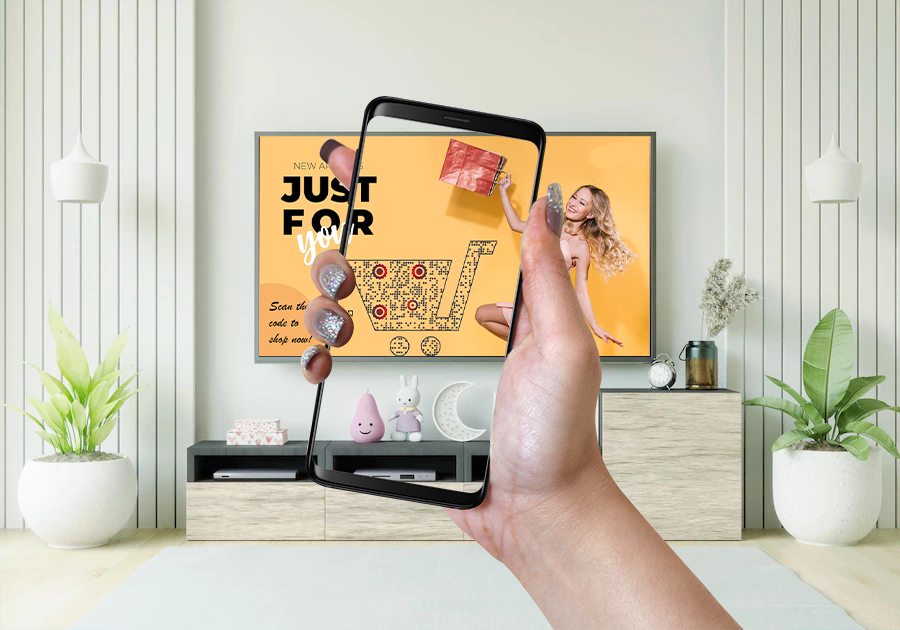 Track the performance of your TV ads

Traditional TV ads lack tracking abilities. You can’t determine how many people purchased your product after watching your ad. As a result, marketers often have to guess how their ads are performing.

QR codes eliminate this guesswork. You can track the scans of your dynamic QR codes and view their time-wise, location-wise, and device-wise analytics. This way, you can measure the performance of your TV ads and make informed decisions.

Using QR codes in TV ads has many benefits, as discussed earlier. But TV QR codes are a new concept, and marketers must follow these best practices to achieve the best results.

If you include a QR code in your TV ad, the ad’s purpose should be to get people to scan the QR code. Otherwise, the QR code will be a distraction, and it’ll make your ad less effective.

You should always create a dynamic QR code for your TV ads. A dynamic QR code offers real-time editing — you can edit its URL and other contents without reprinting it. Hence, you can continue using the same QR code even if its contents change in the future.

Besides, dynamic QR codes are trackable, so you can also measure the performance of your TV ads.

The QR code on your TV ads should be easy to scan, and viewers should be able to scan it in a single attempt. You can take these steps to increase the scannability of your QR codes:

Give your QR code a compelling look

Make your QR codes visually appealing by using unique shapes, colors, and other customization options. Your QR codes must be catchy, so they get viewers’ attention and more scans.

Keep the duration in mind

Use appropriate messaging and CTA

Pair your QR code with a clear and compelling call to action (CTA) so that viewers know what they need to do. If your QR code redirects users to your website, use a CTA like “Scan the QR code to visit our website.” This will give clarity to the viewers, resulting in more scans.

QRCodeChimp offers 150+ stickers with CTAs to help you add different CTAs to your QR codes.

TV QR codes aren’t a new concept, and several brands have found success with them. Let’s look at some brands using QR codes in TV ads.

Burger King launched the “QR Whopper” TV ad campaign in 2020. The ad displayed a QR code on the TV screen. Viewers had to scan the QR code using the Burger King app to get special discounts and offers. 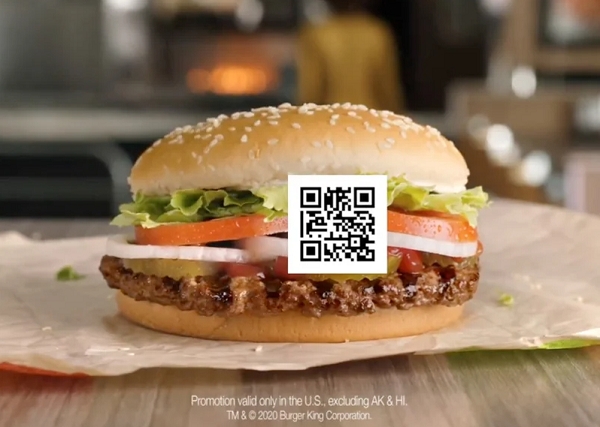 The National Basketball Association (NBA) showed a QR code ad during a match between Cleveland Cavaliers and Golden State Warriors. Upon scanning the QR code, users would get redirected to a landing page where they could vote for their favorite Warriors players. 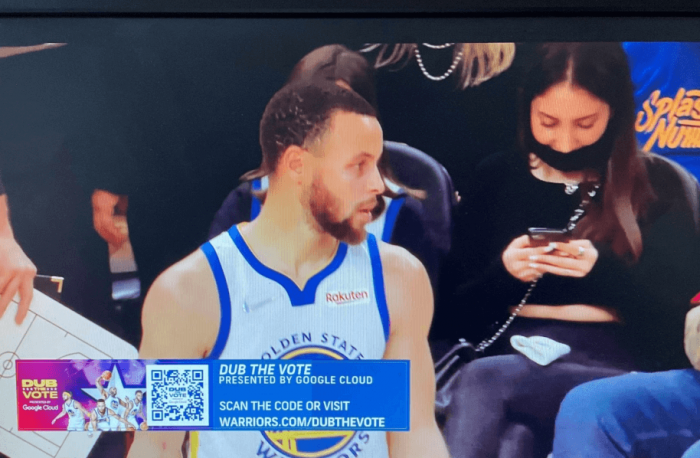 Coinbase recently launched its Superbowl Ad comprising a floating QR code. Viewers could scan the QR code on TV to get redirected to the Coinbase website. The ad received a lot of engagement and helped Coinbase acquire new users. 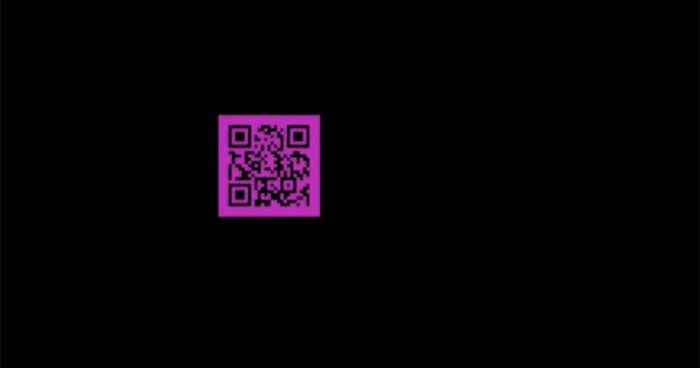 Flipkart, an Indian eCommerce giant, used a QR code on TV to promote its Big Billion Days sale. The QR code ad was displayed on the Zee TV channel, and viewers could scan the code to visit the Flipkart website. 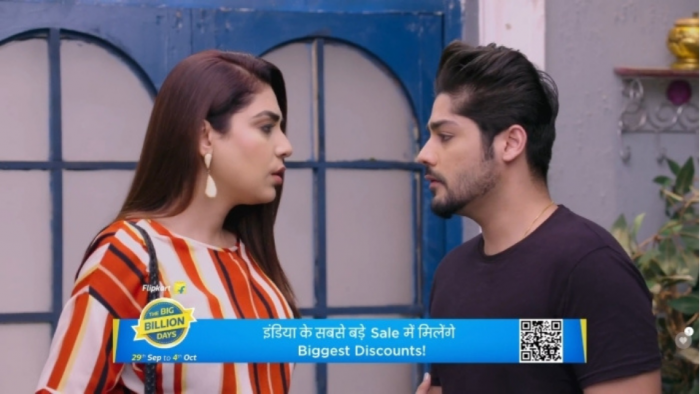 TV ads are one of the most effective advertising methods for increasing brand awareness and recall. With QR codes, you can take your TV ads to the next level by making them more immersive and actionable. QR codes are cost-effective and easy to use, and brands with any marketing budget and tech capabilities can use them.

How to Make a Custom QR Code with Logo: A Complete Guide

How to Use QR Codes in Newspapers and Magazines 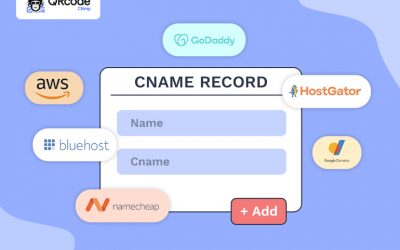 Tutorial: How to Create a CNAME Record in DNS with Your Hosting Provider? 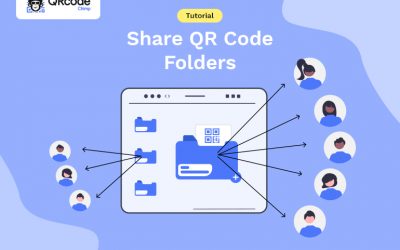 Tutorial: How to Share QR Code Folders with Multiple Clients? 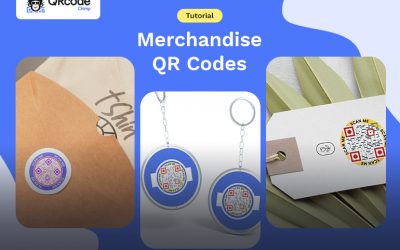 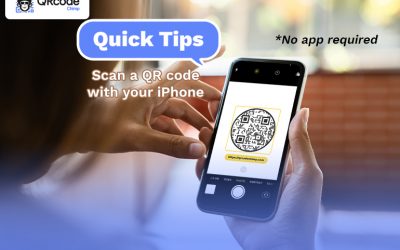 How to Scan a QR Code from an iPhone QR Code Scanner?